Scout For The Home 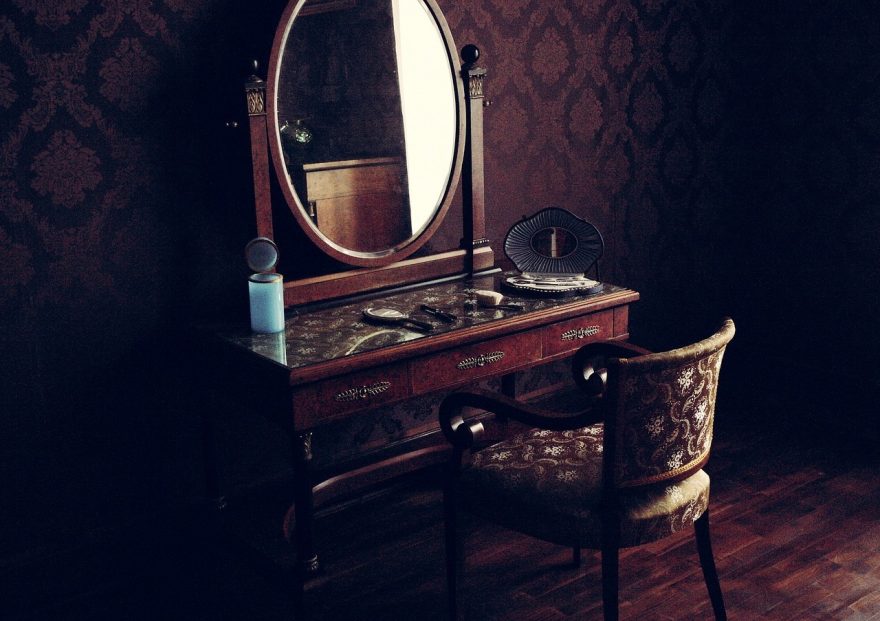 Reflected images – from the surface of water or polished bronze to silver-coated antique mirrors – have always fascinated humanity. Mirrors and objects reflected in them were ascribed magical powers. And mirrors themselves were seen as special objects (practical but of high aesthetic value) proving their owner’s social status. In a previous article we told about a brief history of mirrors. It’s time to reveal more mirror secrets.

Not everyone knows, but in Europe, the first mirror region was southern Germany. It was there in the thirteenth century that beautiful mirrors were created, which then found buyers among the European aristocracy. In the early fourteenth century, the secrets of making mirrors were passed on to Venetian craftsmen who slightly altered the recipe by adding mercury to the glass mass and thus learned to create beautiful, extremely transparent amalgam mirrors. Venice’s reign in producing the highest quality mirrors lasted until the 17th century, when Louis XIV wanted to participate in the creation of the perfect mirror. At his invitation, Venetian craftsmen came to France and worked with French specialists to improve the technique of mirror products, and with the creation of a new recipe, a glass factory was established in France.

Glass as a mirror.

We already know that it was Venice that for centuries was considered the mirror capital. However, by the term “Venetian mirror,” we usually mean a rather specific mirror that reflects an image on one side and is as transparent as glass on the other. How does a Venetian mirror work? Its secret lies in a very thin layer of metal that covers the glass on one side. To see the effect of a Venetian mirror, the glass with the thin layer of metal must be fixed between a very light room and a very dark room. Then in a light room, the glass will act like a mirror – reflecting light, and therefore an image. In a dark room, the glass will also reflect light, but in an amount that cannot be caught by the human eye. A similar effect can be seen by looking out the window in the evening: if the occupants of the house turn on the light.

A novice lover of antiques may have a big problem when trying to distinguish the original antique mirror from the modern one – stylized. What’s noteworthy: assessing the age of a mirror should be based first on the experience of tapping, and then on the appearance of the mirror. By gently striking the surface of the original, antique mirror, we will hear a distinctive metallic sound. Also, antique mirrors are usually heavier than stylized mirrors. You should always look closely at the back of the mirror-if it’s originally sealed, it’s a sign that the surface of the mirror probably hasn’t been replaced.

An antique mirror as an investment in antiques.

19th century mirrors are often hard to find in antiques market. Nevertheless, there are many mirrors from the late 19th and early 20th centuries. The price of the mirror, as well as other antiques, depends on the period when it was created as well as the general condition (both the surface itself and the frame are taken into consideration). If the creator of the mirror is well-known and his name is on the radar, this also affects the price of the mirror. It is possible to fill an antique frame with a mirror panel stylized as an antique, and vice versa: to frame an antique mirror surface with a frame imitating an antique, but, of course, the value of such an object is much lower.

The modern world market of antiques is not particularly high value mirrors, because they are rarely bought and their prices rarely reach high values. However, it is impossible to imagine an apartment filled with antiques without an elegant, beautiful mirror that our ancestors looked into. In this sense, the sentimental value of mirrors can be as high as their market value. Their presence in the apartment is something undeniable and necessary.

© Copyright 2022, Scout For The Home LTD - All Rights Reserved